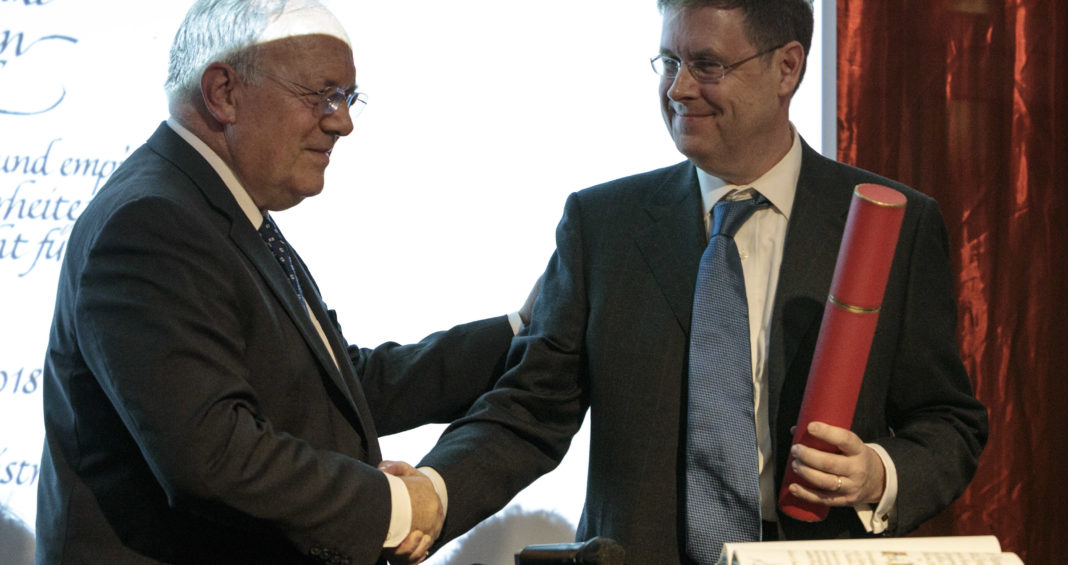 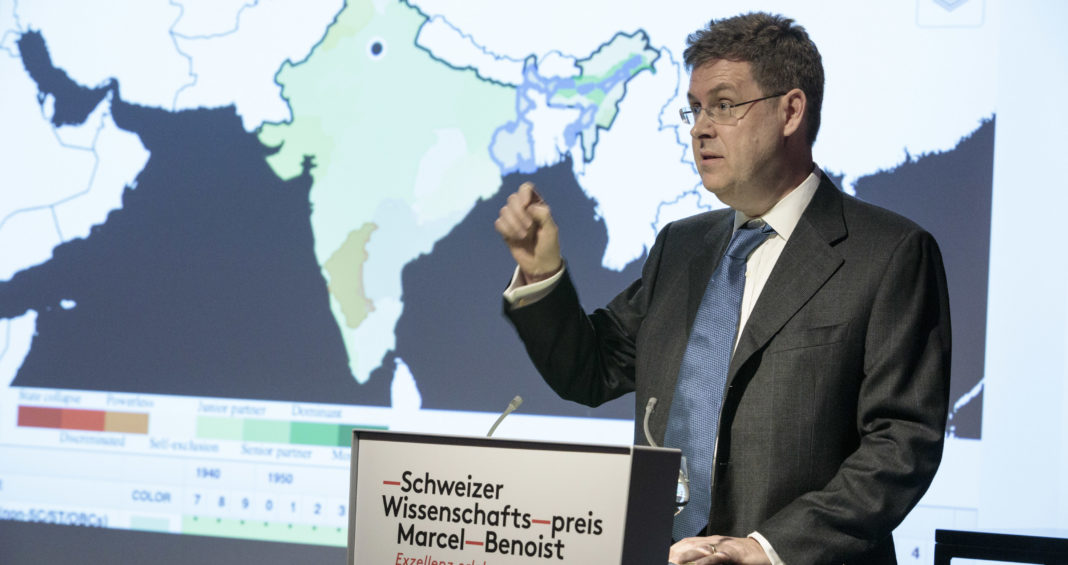 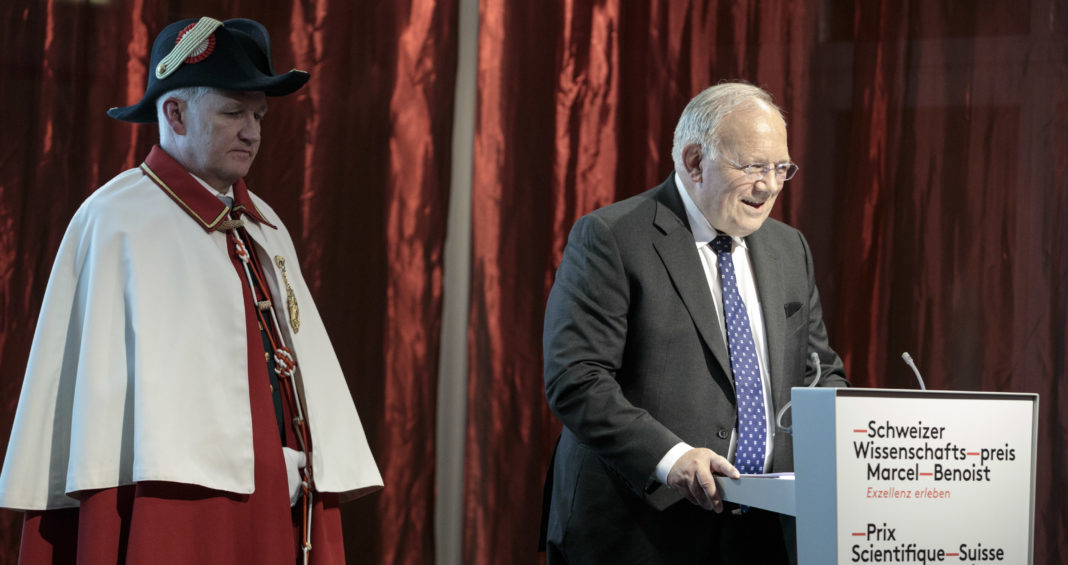 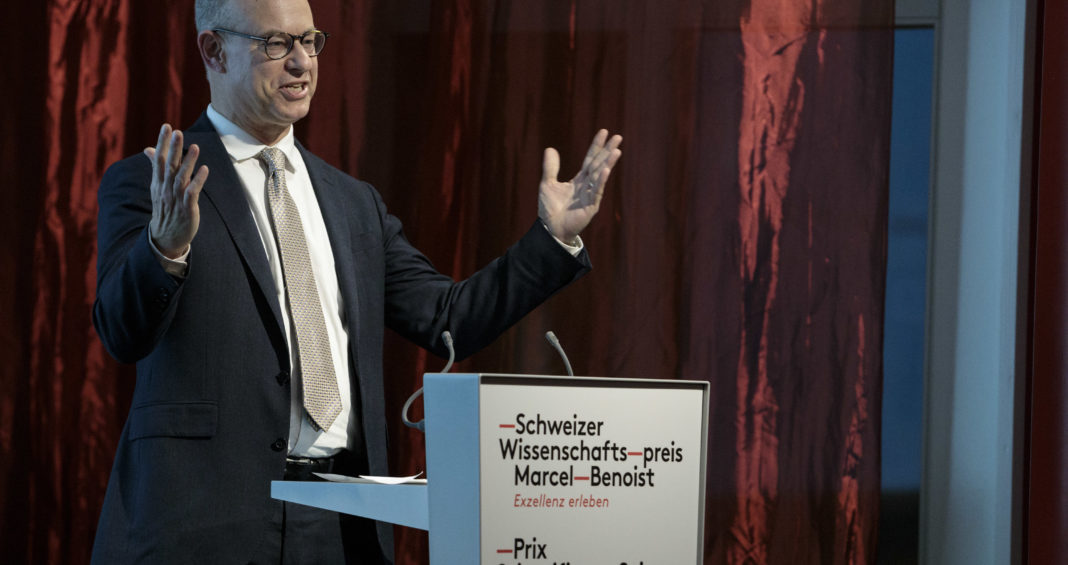 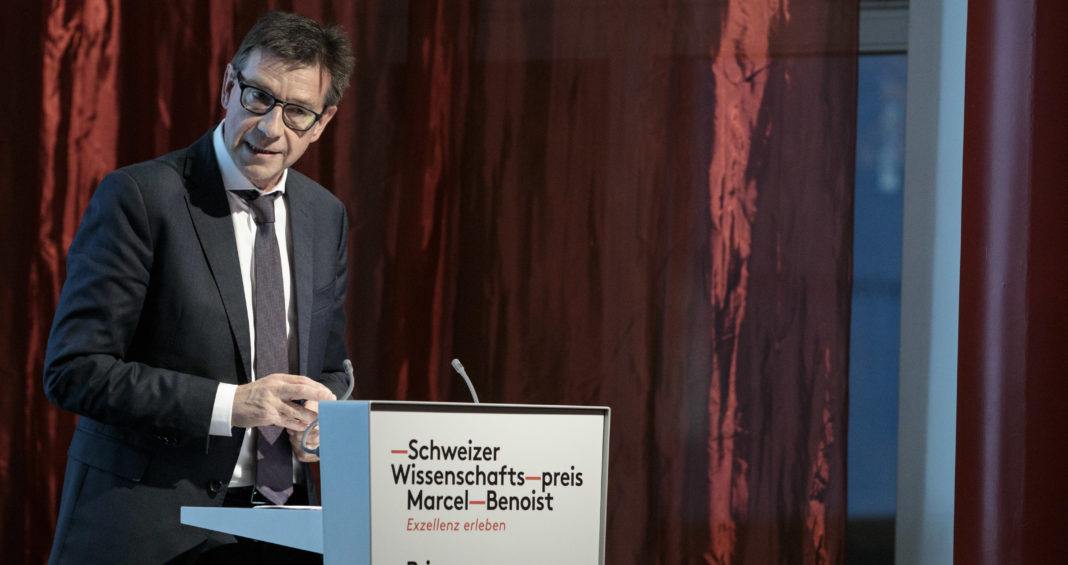 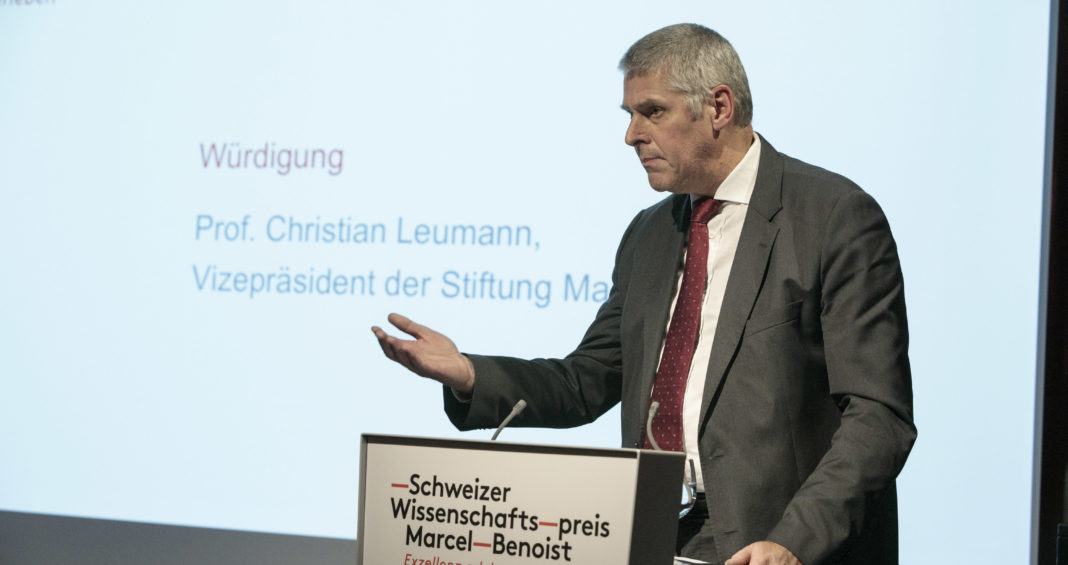 The Marcel Benoist Swiss Science Prize is the most prestigious science prize awarded in Switzerland. Since 1920, the Foundation has awarded the prize in recognition of outstanding research which is of importance to human life. In the course of its nearly one-hundred-year history, ten prize winners have gone on to win the Nobel Prize. This is the first year in which the Marcel Benoist Foundation has awarded the prize on a rotational basis: nominations were invited for researchers working in the humanities and social sciences.

As the foundation’s chairman, Federal Councillor Johann N. Schneider-Ammann gave an official speech at the ceremony, expressing in particular his delight that Professor Cederman’s work is of such great importance to human life and society. “Professor Cederman’s work helps us better understand conflicts. And it shows us how lasting peace can be achieved, and how we can live together peacefully.”

Professor Scott Gates from the Oslo Peace Research Institute and the University of Oslo gave the laudatory speech for Professor Cederman and his work. Professor Matthias Egger, President Swiss National Science Foundation (SNSF) Research Council, talked about the importance of the humanities and of the clear benefits of basic research for society. This is the first year that the Swiss National Science Foundation (SNSF) has been responsible for selecting the prize-winner.

A further highlight of the evening was Professor Cederman’s presentation of his research showing the link between inequality and conflict.

New theories on inequality and conflict

Today, conflicts between ethnic minorities and central governments are not uncommon – even in Europe.

As a conflict researcher, Professor Cederman has been able to demonstrate that regional autonomy for ethnic minorities and their involvement in political decisions are central to achieving lasting peace. Equally important is a balanced distribution of wealth and basic services. In recent years, Professor Cederman has explored the relationship between inequality and conflict; he and his research group have compiled a global data set on ethnic groups. This is available to politicians, academics and members of the public (see: https://icr.ethz.ch/data/).