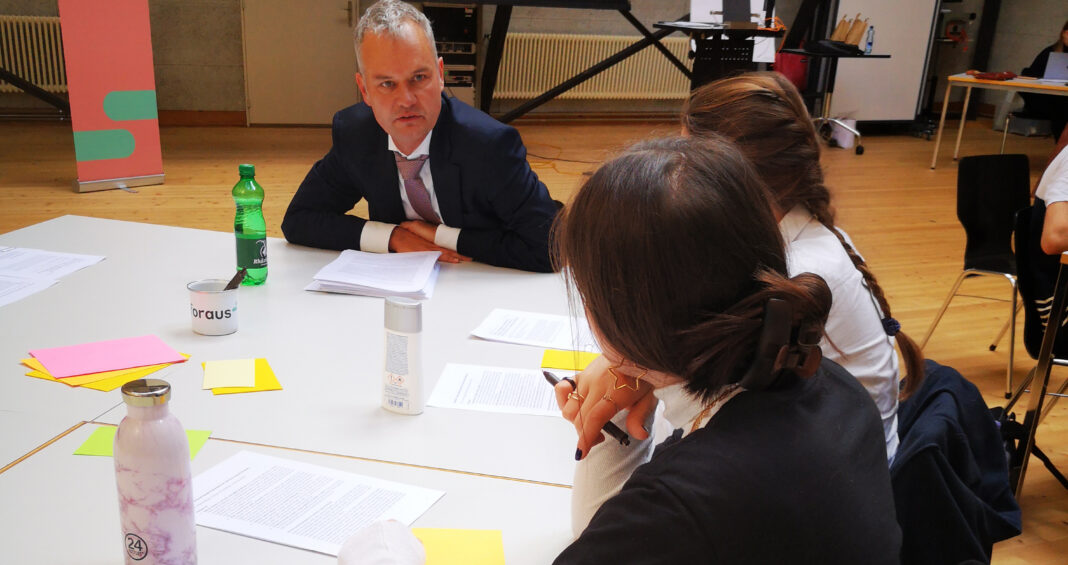 Thomas Berger at the workshop with the young people 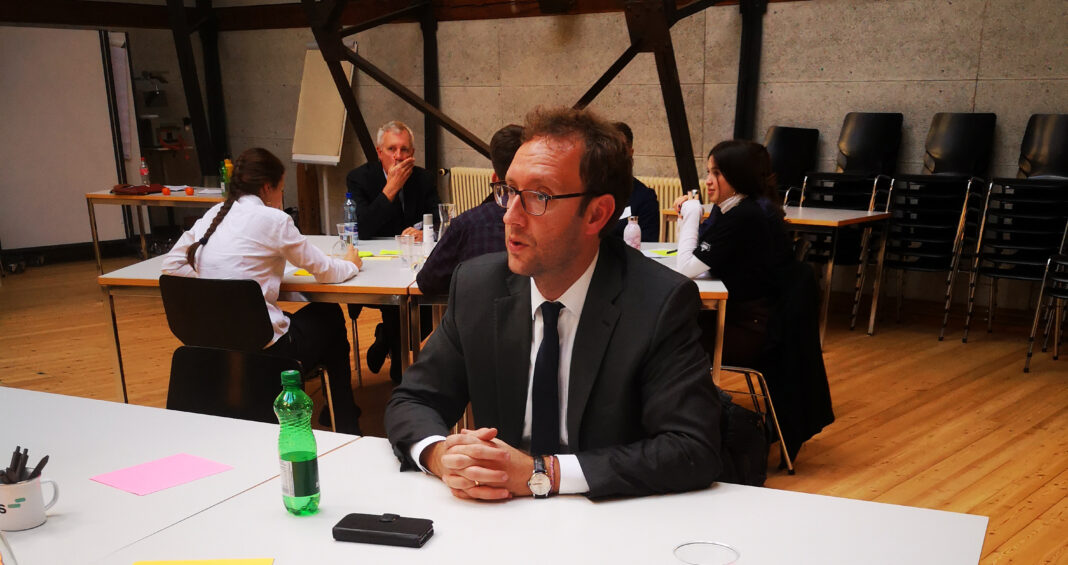 Nicola Aceto at the workshop with the young people

The two Swiss science prizes, Marcel Benoist and Latsis, were presented this year for the first time in a joint award ceremony. The winners were Professor Rudolf Aebersold (ETH Zurich and the University of Zurich, Marcel Benoist winner 2020), Professor Thomas Berger (University of Bern, Marcel Benoist winner 2021), Professor Maryna Viazovska (EPF Lausanne, Latsis winner 2020) and Professor Nicola Aceto (ETH Zurich, Latsis winner 2021). Cooperation between the two foundations brings together researchers from different generations. The Marcel Benoist Prize is awarded to outstanding, established scientists whose research is of particular benefit to human life. The Latsis Prize, in contrast, recognises researchers up to the age of 40 whose work is distinguished by a high degree of independence and scientific quality. For the first time, young researchers were also invited to participate in the ceremony.

Research and its benefit to society

In his speech, President of the Swiss Confederation and President of the Marcel Benoist Foundation Guy Parmelin congratulated the award winners. He emphasised the good collaboration between the Marcel Benoist and Latsis Foundations. These have the goal in common to promote excellence in Swiss research. At the same time, the two foundations seek to demonstrate to a broad public that research is important for, and beneficial to, the whole of society. The social benefit of research was also a key tenet of the founder, Marcel Benoist, and is of major importance to the foundations’ donors, who President Parmelin thanked for their contribution to Swiss research.

Mr Parmelin went on to say that health is a valuable commodity not only in the coronavirus pandemic, in which much research funding is currently being invested. The award winners’ research also focuses on the area of health: the work of Professors Aebersold and Aceto is making a valuable contribution to the prevention and treatment of cancer, while Professor Berger’s research has facilitated access to psychotherapy treatment. Professor Viazovska’s work, on the other hand, has solved a centuries-old mathematical problem; her nomination clearly shows the importance of fundamental research.

Professors Paola Picotti and Uwe Sauer from the ETH Zurich looked back on Professor Aebersold’s career. His pioneering work in proteomics and systems biology has fundamentally changed our understanding of organisms and biology, while his measuring techniques can be used for the early detection of cancer. Professor Donna M. Testerman from the EPF Lausanne commended the mathematician, Maryna Viazovska, and her scientific breakthrough in solving the sphere-packing problem in the 8th and 24th dimensions. The laudatory speech in honour of Thomas Berger was held by Professor Franz Caspar from the University of Bern, who praised Berger’s versatility, which enabled him to develop effective, internet-based psychotherapy treatment. Lastly, Professor Markus Stoffel from the ETH Zurich provided the guests with an insight into Nicola Aceto’s research on the formation of metastases and its possible application in developing innovative cancer treatments.

In the afternoon, alumni of the Swiss Youth in Science and Swiss Science Olympiad organisations had the opportunity to learn more about the laureates’ research during a workshop. At the centre of the two discussion sessions was the exchange between the different generations: one young male and female participant was allowed to put questions to each of the award winners. The participants learned from Professor Aebersold, for example, that a single, tiny transformation in cell structure – the proteome – can lead to serious disease. Professor Viazovska told the young scientists that she discovered by chance that quantum physics uses the same methods as those used for solving the sphere-packing problem, but for a completely different problem. Professor Aceto revealed that he was not searching for new drugs to kill the cells that form metastases, but rather for drugs that prevented such cells from bonding together. And Professor Berger told the audience that the lockdown in spring 2020 had led to an explosion in the number of couples using online counselling services, but that demand had dropped again at exactly the same time the garden centres and hairdressers reopened – an anecdote that brought smiles not just to the moderator of the evening, Professor Matthias Egger, president of the SNSF Research Council.

By bringing together scientists of different generations, the Marcel Benoist and Latsis Foundations aim not only to promote the exchange between them, but also to bring Swiss research to a broader audience.

Further information on the award winners is available in the press releases and videos (see below).