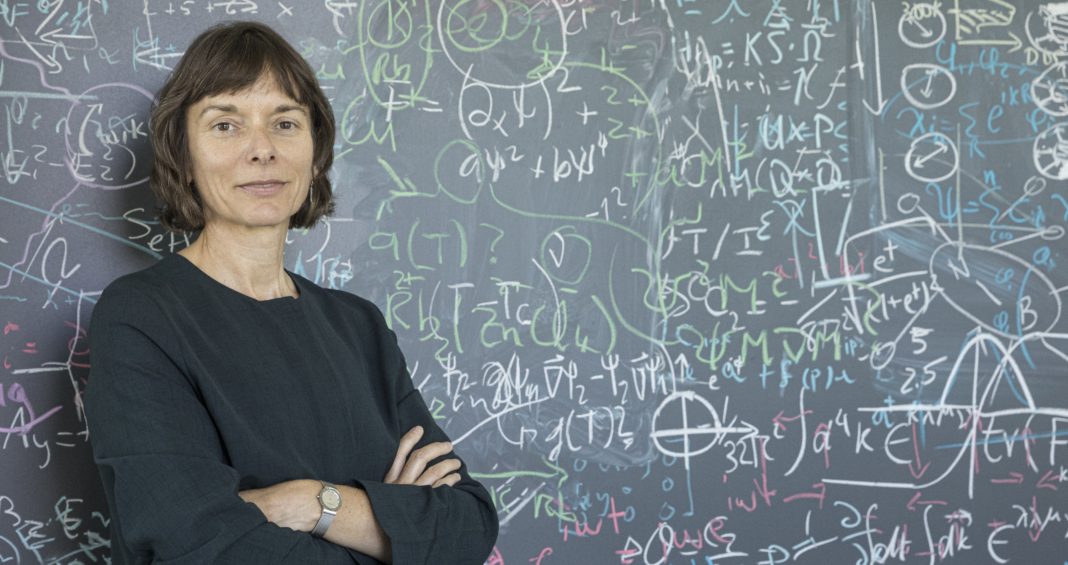 Multiferroics are a new class of materials that respond to both magnetic and electric fields, a combination that does not generally occur simultaneously. This makes multiferroics promising materials that could, for example, replace silicon in future computer chips.

Research into multiferroics dates back to the mid-twentieth century, but development ground to a halt for fifty years due to a lack of suitable materials. As a young scientist, Nicola Spaldin revitalised the field of multiferroics by using theoretical analysis and computer simulations to understand why multiferroics are so rare and to design new multiferroic materials. One particular focus was on bismuth ferrite, a crystal composed of bismuth, iron and oxygen, which retains its multiferroic properties even at room temperature.

“It’s a tremendous honour to join the list of highly respected scientists who have been awarded the Marcel Benoist Prize. It’s a fabulous endorsement for my team of superb young researchers, and a recognition of the importance that materials play in improving many aspects of people’s lives. Here in Switzerland I appreciate not only the excellent resources for my research, but also working with such skilled and motivated staff and students, as well as the positive and enthusiastic attitude of Swiss society, both to engineering and education,” says Ms Spaldin.

After microbiologist Françoise Gisou von der Goot in 2009, Nicola Spaldin is the second woman to be awarded the Swiss Science Prize Marcel Benoist in the prize’s nearly 100-year history. “We are delighted to honour Nicola Spaldin for her excellent research in a highly innovative field of the natural sciences. Her curiosity and perseverance make her a model for the entire scientific community, in particular for young scientists,” says Federal Councillor Guy Parmelin, Chairman of the Marcel Benoist Foundation.

Nicola Spaldin was born in the UK in 1969 and studied natural sciences at Cambridge University. In 1991, she moved to California where she obtained a PhD in chemistry from UC Berkeley in 1996. She then completed a postdoctoral fellowship at Yale University. She went on to work as an assistant professor at the University of California in Santa Barbara from 1997 to 2010, becoming a full professor in 2006. In 2011, she moved to the ETH Zurich, where she has since been working as Professor of Materials Theory. Prof. Spaldin has received numerous awards in teaching and research, including the Körber European Science Prize in 2015 and the L’Oreal/Unesco Award for Women in Science in 2017.