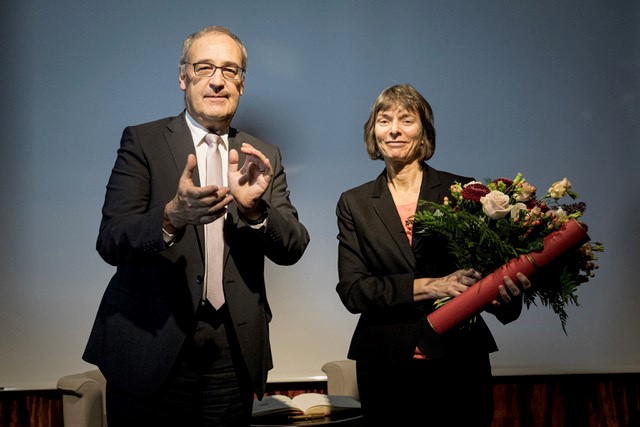 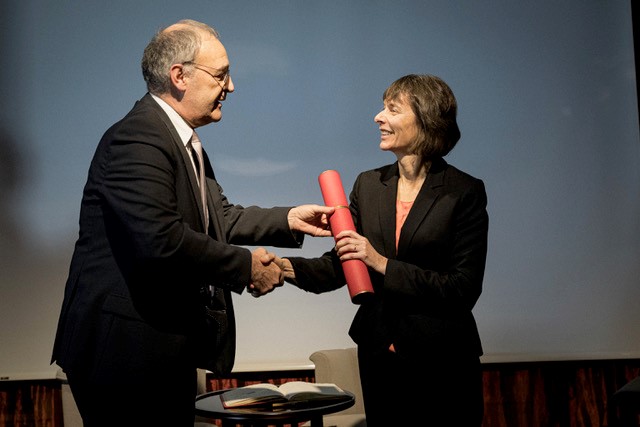 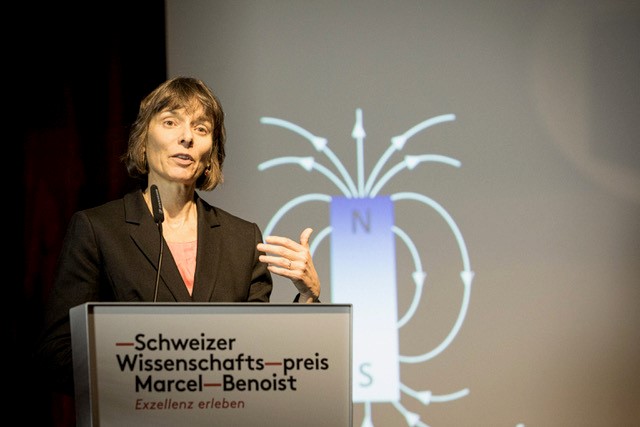 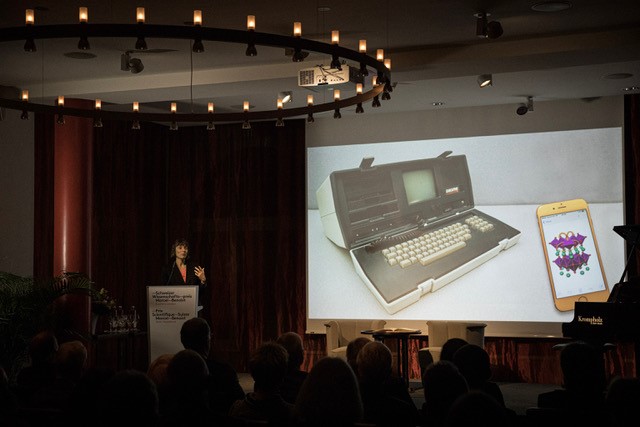 Nicola Spaldin, born in England in 1969, is only the second woman to be honoured with the prize in its history of nearly one hundred years. At the awards ceremony in Bern, Ms Spaldin, Professor at the ETH Zurich, presented her pioneering work on multiferroics. These novel substances react to both magnetic and electric fields. Prof. Spaldin and her team focus their research on bismuth ferrite, a crystal composed of bismuth, iron and oxygen, which retains its multiferroic properties even at room temperature.

Multiferroics have paved the way for the development of electronic devices with an entirely new architecture and greater energy efficiency, including ultra-fast computers, tiny data storage units and precision measuring instruments. “Many of the world’s most urgent problems – energy, environment, climate, drinking water and so on – can only be solved with new and better materials. We are working on making multiferroic materials part of the solution,” says Professor Spaldin.

Even as a young researcher, Nicola Spaldin, thanks to her courage and perseverance, revived the research on multiferroics. Roser Valenti, Professor at the Goethe University in Frankfurt, gave a laudatory speech, praising Professor Spaldin as “an extraordinarily creative and passionate scientist who has a strong intuition for solving puzzles in quantum mechanics.”

Research and politics with foresight

The Swiss Science Prize Marcel Benoist, endowed with CHF 250,000, is the most prestigious science prize awarded in Switzerland. Since 1920, the Foundation has awarded the prize in recognition of outstanding research which is of importance to human life. Eleven prizewinners have gone on to win the Nobel Prize.

As Chairman of the Foundation, Federal Councillor Guy Parmelin praised the new prizewinner: “Professor Spaldin’s work reminds us of the fundamental role of the basic sciences for Switzerland’s innovation output. I hope that with this choice, we will once again show that we are several years ahead of the Nobel Prize Committee!”

Federal Councillor Guy Parmelin said that research is now more than ever under pressure to provide solutions to current environmental, social and economic challenges, adding: “Professor Spaldin’s performance also shows that it is crucial to put the optimal framework conditions in place in order to make pioneering work possible. Politicians have a responsibility to ensure these conditions.”

Selection of the prizewinner by SNSF

A total of 15 nominations in the fields of mathematics, natural sciences and engineering were received this year. For the second time the Swiss National Science Foundation (SNSF) was responsible for selecting the prize-winner. The evaluation panel relied on the proven procedure of 2018, which is largely digital and anonymous. The candidates’ gender, publication list and university are only disclosed to the panel in the second evaluation round.