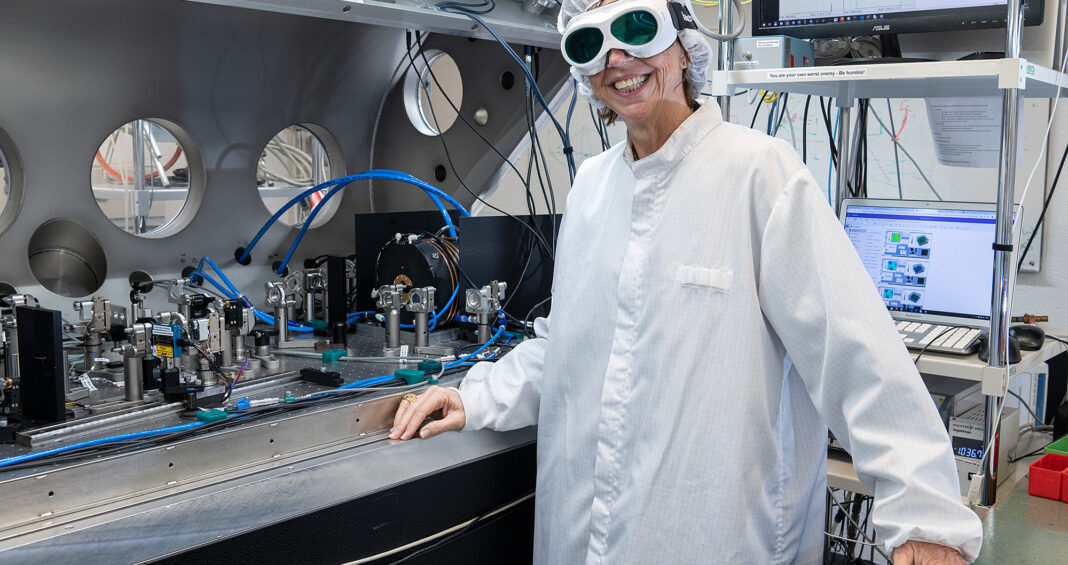 “It is a huge honour for me to be awarded the Marcel Benoist Prize,” Ursula Keller announced. “It is recognition of the almost 30 years of applied and basic research at the ETH Zurich and the first science award I have received in Switzerland. I would like to thank my fantastic research group, all the postdocs, PhD students and external partners who have made this work possible.”

Ever since the laser was invented, researchers have sought to use it to transform materials. However, this was not possible with continuous laser beams because they were too inaccurate and heated up the materials too much. The solution was finally found in the use of pulsed laser light; however, this involved a complicated technique. Professor Keller solved the problem by using semiconductors and in 1991 invented the so-called SESAM technology (Semiconductor Saturable Absorber Mirror). This made it possible to produce light pulses lasting around a femtosecond – a millionth part of a billionth of a second – using solid-state lasers. In this short time span the movements of atoms or the mechanisms of chemical reactions can be studied.

Today, the SESAM principle is used in many practical applications, including material cutting, optical communication, computers and smartphone manufacture, and also in medical technology, where, for example, lasers are used as scalpels in eye operations. Furthermore, the ultra-fast laser technology can be used to develop high-precision measuring instruments. Ursula Keller herself invented the world’s most precise clock, the attoclock, which can measure attoseconds, i.e. the billionth parts of a billionth of a second. The attoclock is so accurate that it can be used to measure the fundamental processes of quantum mechanics.

Ursula Keller was born in Zug in 1959 and studied physics at ETH Zurich. She obtained a master’s degree and PhD in applied physics at Stanford University. From 1989 she worked at AT&T Bell Labs in New Jersey. In 1993 she was elected associate professor and in 1997 full professor of experimental physics at ETH Zurich, making her the institution’s first female physics professor. From 2010 to 2022 Ursula Keller was director of the NCCR MUST (Molecular Ultrafast Science and Technology) research programme initiated by the SNSF. In 2012 she also founded the ETH Women Professors Forum, which she chaired until 2016. Ursula Keller has been awarded numerous prizes for her research achievements and was the first woman to receive the prestigious European Inventor Award from the European Patent Office for her life’s work. In 2021 she was admitted to the US Academy of Sciences.

The Swiss science prizes were presented by the Marcel Benoist Foundation and the Latsis Foundation at an awards ceremony in Bern Town Hall on 3 November.