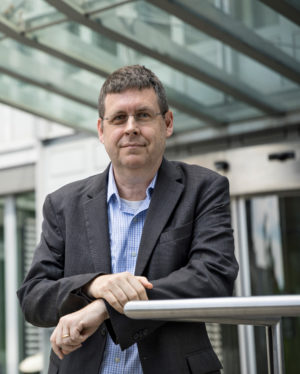 Mr Cederman, Professor of International Conflict Research at the ETH Zurich, is being awarded the 2018 Marcel Benoist Swiss Science Prize, the most prestigious science prize awarded in Switzerland, for his theoretical and empirical work. Today, conflicts between ethnic minorities and central governments are not uncommon – even in Europe. Mr Lars-Erik Cederman, a conflict researcher, has been able to demonstrate that regional autonomy for ethnic minorities and their involvement in political decisions are central to achieving lasting peace. Equally important is a balanced distribution of wealth and basic services.

In recent years, Mr Cederman has explored the relationship between inequality and conflict; he and his research group have compiled a global data set on ethnic groups. The data collection covers their opportunities to share in government power in the period from 1946 to 2017. Inequalities between ethnic groups were measured using surveys of experts and satellite images, before being plotted on a digital map. The data collection is available to politicians, academics and members of the public (see: https://icr.ethz.ch/data/).

Mr Cederman’s work combines theoretical innovation with empirical sophistication. In his early research, he used computer models to develop new theories of world politics. This allowed him to show how states and nations develop and dissolve. Mr Cederman’s findings contribute to a better understanding of the root causes of conflict and assist in finding solutions. Federal Councillor Johann N. Schneider-Ammann, explains: “Mr Cederman’s work on ethnic conflict acknowledges the important contribution of the humanities and social sciences to the resolution of societal problems.”