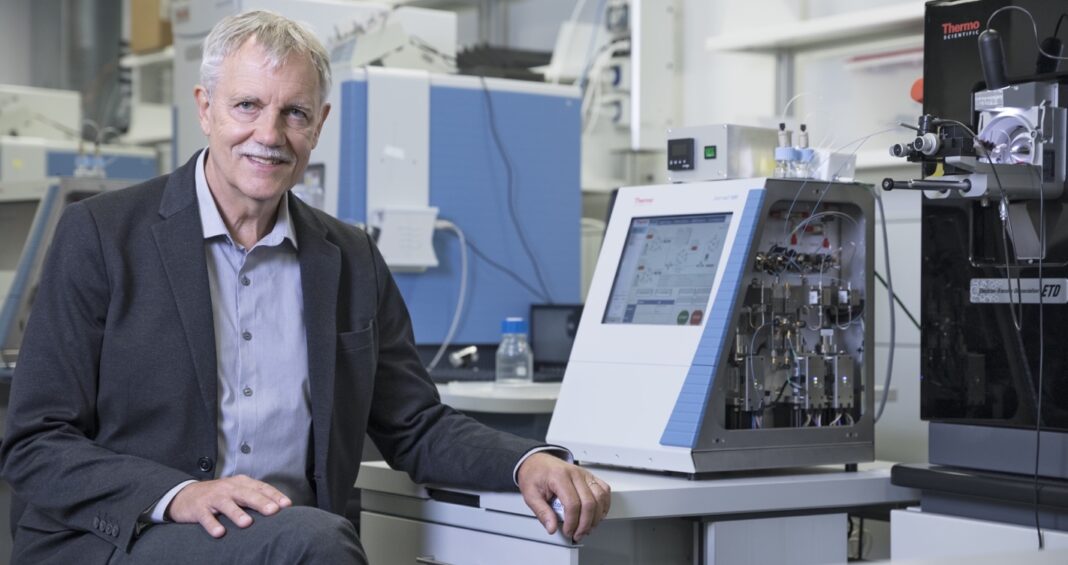 Rudolf Aebersold was one of the founding fathers of proteomics, which emerged in the mid-1990s. This area of research examines the entire set of proteins that are present in a cell. It investigates their properties and interactions in cell metabolism, and how cells react to changes in their environment, such as in the early detection of cancer with biomarkers on proteins

In a human cell, hundreds of biochemical processes run simultaneously; these are carried out and controlled by tens of thousands of different types of proteins. Aebersold revolutionised how this is observed by using new mass spectrometry measurement methods.

His paradigm shift towards quantitative measurement and systemic observation has not only altered the understanding of organisms and biology. It also influences translational medicine and is an important cornerstone for the personalised medicine of the future.

“It is a huge honour for me and my great team to be awarded the Marcel Benoist Swiss Science Prize. It also serves as recognition of the importance of international cooperation between researchers and of the open exchange of measurement data – both are fundamental to the success of proteomics,” said a delighted Aebersold.

Rudolf Aebersold was born in Switzerland in 1954 and obtained a doctorate in cell biology from Basel University in 1983. His research and teaching career has taken him to the USA and Canada: as a post-doctoral student at California Institute of Technology, as an assistant professor at the University of British Columbia in Vancouver, and as associate professor at the University of Washington in Seattle. He is the co-founder of the Institute for Systems Biology in Seattle in 2000, a world first. Aebersold holds dual professorships at the ETH Zurich and at the University of Zurich. He has been conducting research at the Institute for Biotechnology since 2004, and at the Institute for Molecular Systems Biology (IMSB) at the ETH Zurich since 2005. Aebersold is the holder of numerous prestigious awards, including the Human Proteome Organization Achievement Award (2005), the Otto Nägeli Prize (2010), the European Proteomics Association Pioneer Award (2012) and Paracelsus Prize of the Swiss Chemical Society (2018). He has been emeritus Professor at the IMSB since 2020. He will head the Tumour Profiling Project at the ETH Zurich until the end of 2023.